Here is a bit about the character "Soul".
Soul Eater (ソウル＝イーター, Sōru Ītā?) is Maka's Demon Scythe partner, and the main male protagonist. He has a laid back attitude, and he tries to maintain a "cool" image, to which he often compares his current situation. He drives a motorcycle, which he and Maka use for transportation, and shares an apartment with her as well. They constantly bicker, often leading to confrontations, though they still work well together in battle. Soul comes from a family of skilled musicians, and his older brother, Wes Evans (ウェス エバンス, Wesu Ebansu?), is a renowned violinist. Soul is a skilled pianist, and despite playing a "dark song" for Maka during their first encounter, he does not like to play for others. He states that he does not know what he is "capable of" compared to Wes, who he considers to be a master violinist. Soul's most notable feature is his (albeit, at times grudging) dedication to Maka. He states that he is 'willing to die for his technician', and has indeed frequently shielded her from harm with his own body, in and out of his scythe form.

Here is a quick color sketch "Soul" from Soul Eater: 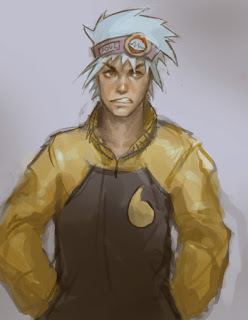 Here is a final color sketch

Jamie Parks said…
Just wanted to say thanks for posting this video/tutorial.. for free.. helps me get a better idea how you work.. Just recently found your blog.. subscribed.. looking forward to following along.. take care.
February 20, 2010 at 3:40 AM

idrawgirls said…
Jamie> You are very welcome. I'm glad this blog can be such helpful resources for many. Mission accomplished so far. See you around. :)
March 10, 2010 at 10:08 AM 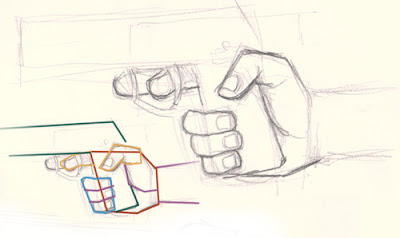