I have a few people request doing a basic female body form so here it is. It's just a basic model proportion sheet to practice basic female form for beginners. My advice is that it is not flattering drawing female figure as it is shown, it is a model sheets. And very BASIC.
When drawing female or woman, you have to keep in mind their body language, gesture, and movement. You have to find what make them femenine, how sexy female stand or sit or lay. How do they move what kind of poses. How would a tough, but sexy or cute woman would poses...it's all depend on the personality of the character you want to portray. Though you have to study from real people, from good reference, from movie or any kind of media around you.
One of the best way to practice drawing female figure or male is to attend life drawing (figure drawing) session in your area. They usually hold it at university, art group, etc. Ask around and you will find. It is the best way to study how to draw female (other than coming to my site : ) )

Anyway, I believe drawing women should not be static, it should flow with curve, movement, and grace. To represent a female form well enough to capture the audiences, in sketching, drawing, and painting woman and girl alike is one of the most difficult thing every artist has to solve.
Sorry kids! There is no secret, no short cut, fast track (you can may be cheat!) but to be good at it just practice careful observation and keep drawing and drawing and drawing.
The basic female construction sheets: (update 2009)

Also Some example of sketch in poses and study I did over the years: 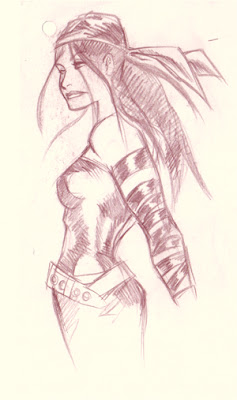 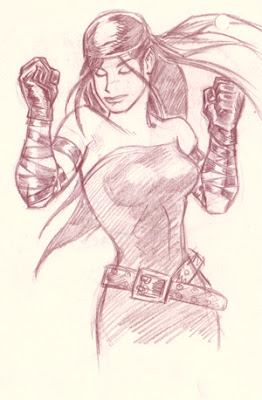 Unknown said…
Finding you're site very inspirational and it's motivating me to learn to draw. Even as a total beginner I have finally learned from you're blog that I am able to learn to draw... And it's not some hidden magical talent, but just dedication and practice. I'm looking forward to working through these tutorials. Thanks so much man for taking the time to post all these. !
January 13, 2010 at 10:28 AM

idrawgirls said…
Manaia> Thanks for the kind words. :) You are right dedication and practice....also observation and inspiration are constant daily diet for artist that you have to consume to boose your drive and try to get better. Good luck :)
January 15, 2010 at 8:47 AM

Anonymous said…
This website is awesome, congrats! and thanks for all your effort, is really delightful see the tutorials!
February 23, 2010 at 9:42 AM

Anonymous said…
thnx alot 4 this website...i like drawing very much so ur site is like a Treasure 4 me ;) ...thnx alot again !!

mrfenix said…
All I can say is thank you so much for the tutorials. Its really helping me get somewhere with my digital paintings. :)
June 15, 2010 at 1:49 PM

idrawgirls said…
mrfenix> Thanks for the kind words, I hope these tutorials help you in someway also. Mission accomplished! :)
June 16, 2010 at 10:02 AM

Gaurav Bankar said…
hyyy first ur great at drawings and second thanx for showing them to others, so thy can learn how to draw,i am also beginner and i learned lot from ur tutorials, there are not much artist who teach there trics or art to others thnx again.
January 14, 2011 at 9:17 PM

idrawgirls said…
@gaurav Thank you, and for sure you are welcome. I am glad you pick up something useful from here. Cheers!
January 15, 2011 at 4:09 PM